Where Did Human Design Come From? 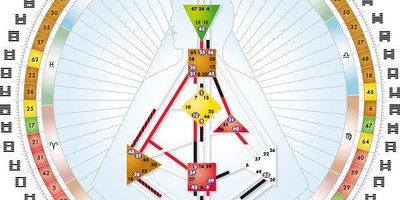 WHO IS RA URU HU?

A man by the chosen name of Ra Uru Hu was the Clarion or deliverer of the Human Design System. Born Robert Allan Krakower in Montreal, Canada, he had a fairly normal childhood and was surrounded by the arts and music. As a young man he found himself in the business world as an advertising executive. In 1983 he simply walked away from it all and seemingly disappeared for some time. Several months later he found himself in Ibiza in the Mediterranean Sea off the eastern coast of Spain. 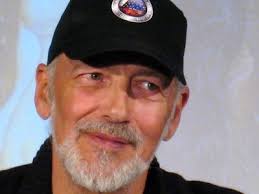 On the evening of January 3rd, 1987, he encountered what he referred to as “The Voice”. For eight days and nights, he experienced being “downloaded” with a vast array of information on how the Universe works, the most practical being what is now referred to as The Human Design System. A self-admitted sceptic on such things, he spent several years experimenting with this information and refining it for delivery to the public. Once he had convinced himself that the system was valid and actually worked, he dedicated his life to disseminating this information to the world. Ra passed away on March 12, 2011, quite suddenly.

The Human Design System definitely falls in the category of “Other Worldly Information” that is difficult to explain and certainly cannot be justified or rationalized. Ra himself would often say, “Do not believe a damn thing I am saying. Do not trust it blindly. Take what I offer and experiment with it in your own life and see if it brings clarity and a deeper state of trust and flow in your world.” Ra never considered himself a profit or anything of the sort. He rejected any attempt to make him anything but a typical human being. The only difference was that he had an experience that brought a new perspective to his awareness on how to view life and function within it. That’s it.

ASTROLOGY, THE I CHING, CHAKRAS, AND THE HUMAN DESIGN SYSTEM

Part of the communication that Ra received from The Voice was that ancient wisdoms of Astrology, the Chinese I Ching, and th 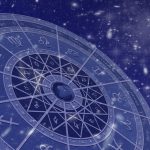 e Hindu-Brahmin Chakras had been revealed to humanity at different times based upon humanities progression and preparedness for such information and that it was now time to illustrate how these wisdoms actually work better when combined. If one is familiar with any of these teachings of the past, th 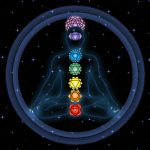 ere will be immediate similarities noticed. However, the Human Design System alters and uses each of these wisdoms in a different fashion and, therefore, is does not truly follow the original usages of any of these traditions.

Attempting to apply the traditional understanding of these ancient wisdom’s to the practice of Human Design is not recommended and usually causes only difficulty as the integration of the three has fundamentally changed each of them.

HUMAN DESIGN IS NOT A PHILOSOPHY OR RELIGION

As is likely obvious, the Human Design System cannot be rationally explained or connected to what we would call “standard science”, as we currently understand it. However, this is not a philosophy and is certainly not a religious belief system. It is a different way of perceiving and interacting with life. Fundamentally, it is only a guide or a reference to the path that is unique for each person. It does not define or instruct the way; it only points out what to look for. It is up to the individual to use the information to trust their own Inner Wisdom to find their way through this amazing adventure called Life.